Iași – city of the Churches

One of the oldest cities of Romania, the historical, cultural and religious characteristics of Iași were influenced by the position of the city, which for many years was at a cross of commercial routes between Russia, Hungary, Poland and Constantinople. In 1565 Iași became the capital of Moldavia region and from 1859 till 1862 it played the role of Romania’s capital. 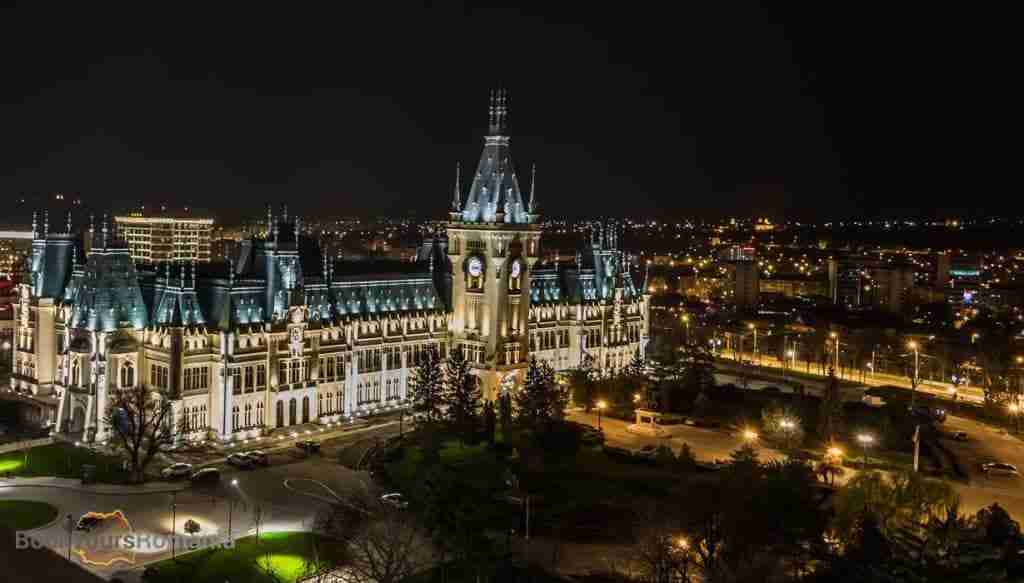 Palace of Culture by night

Two of the superlatives related to this city and worth mentioning are the first printed Romanian newspaper called Albina Românească (Romanian Bee) and the construction of the first Romanian university ,,Alexandru Ioan Cuza” built in 1860.

Visitors can find here an astonishing number of almost 100 churches, only in this city. The oldest of them is the Princely Saint Nicholas Church which was constructed during the reign of Stephen the Great.

The construction of the Palace of Culture took many years, between 1906 and 1925 in a neogothic style. The remarkable large construction with its 365 rooms, holds today the Museum of Art, the Museum of Science and Technology, Moldavian History Museum, the Gheorghe Asachi Library and the Ethnographic Museum. 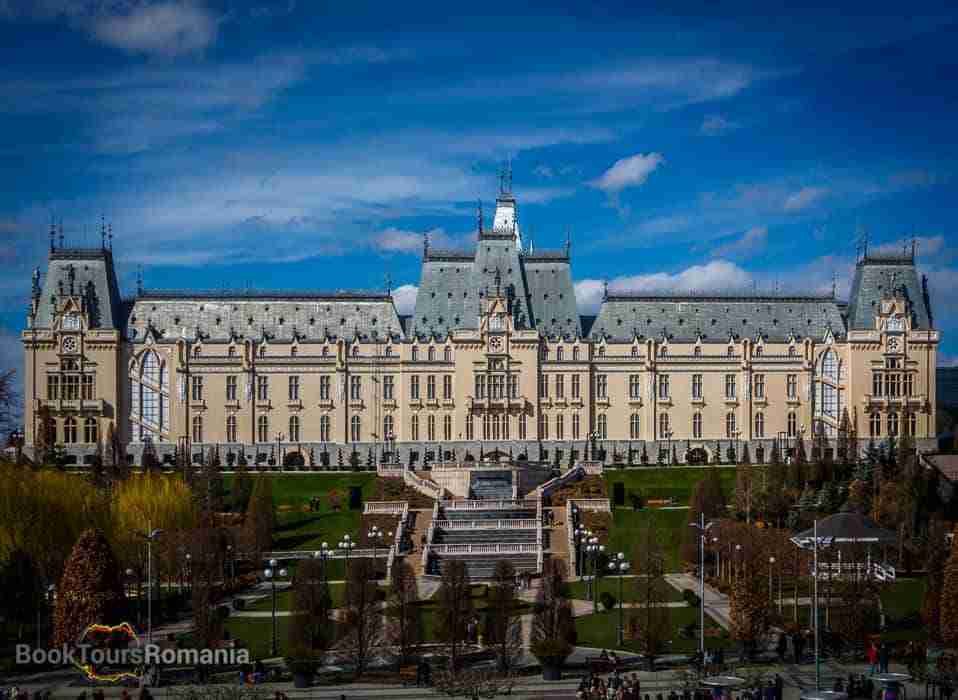 The famous Palace of Culture

This church which is considered the biggest Orthodox Church in Romania, was built between 1833 and 1839. In time the cupolas fell and the metropolitan Veniamin retreated to Slatina Monastery, leaving the cathedral in ruins till 1880 when the reconstruction started with the support of the Foundation of King Carol I. A year after the work finished, in 1889, the relics of St. Paraschiva were moved here from Trei Ierarchi Church which suffered a fire. The Moldavian Voievode Vasile Lupu spent the region’s budget to acquire these relics in 1639 from Constantinopole. Every year, on the 14th of October, pilgrims from around the country come here especially for the relics of the patron saint of the church.

The building was erected in Renaissance style, the interior was painted by Gheorghe Tattarescu in 1887 and the windows made of stained glass were completed by a Bavarian factory in Munich. The church still make uses of one of the original bells, which is made from four cannons seized from the Turkish army in the War between 1828-1829.

Church of the Three Hierarchs

Built between 1637 and 1639, the church is entirely covered on the exterior with delicate Western Gothic, Renaissance, and oriental motifs sculptured in stone in over 30 friezes. The legend mentions that the exterior was initially covered with precious metals such as gold and silver, and lapis lazuli stones but when the Ottoman Empire was struggling to take control of Moldavia, the Ottomans burned the church and melted the gold.

The interior frescoes are not the original ones realized by Russian artists sent here by the Tsar in 1882, as those were removed by the French architect Lecomte de Nouy who renovated the church after it experienced several fires and earthquakes. Inside lay also tombs of important people from Moldavia’s history: Vasile Lupu, Prince Alexandru Ioan Cuza and Prince Dimitrie Cantemir. 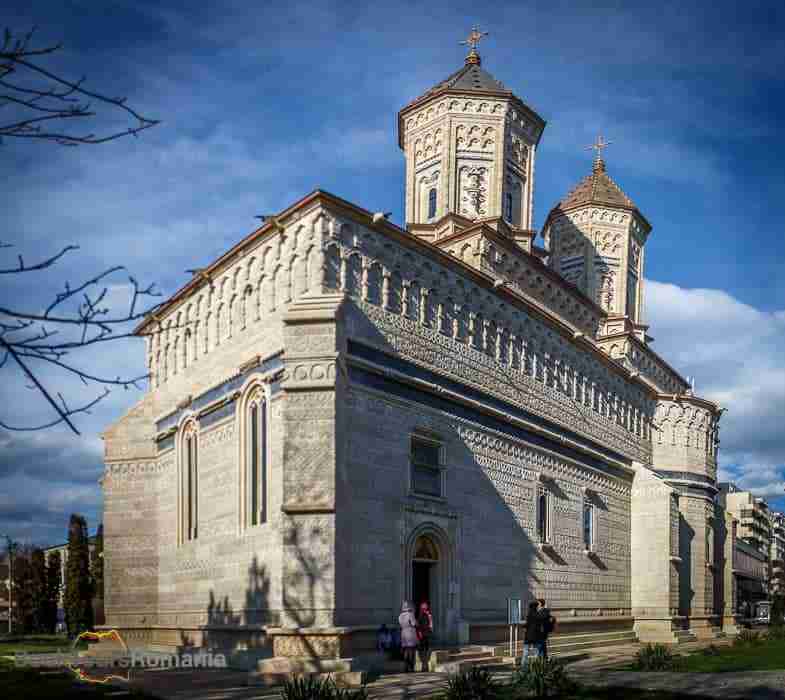 Church of the Three Hierarchs

Constructed between 1760 and 1765 under the order of Ioan Cantacuzino, the palace was converted in a royal residence after the renovation needed following the fire from 1795. The building was in royal use till 1806 and beginning with 1960 became University of Iași, which today houses the Medicine and Pharmacy College. The coat of arms and the Cyrillic inscription from the stone arch in front of the palace date back to the royal period.