Wooden Churches – the Treasure of Maramureș

The Maramureș region can be seen as a vast open-air museum, which isolated by mountains helped preserve the culture and civilization of whose architecture is dominated by wood.

The large percentage of usage of wood at houses and crafts is easily explained by the large surface of woodland that is present here. The best object which represents the local architecture would be the Maramureș gates carved in wood, supported by three columns, decorated with traditional motifs like sun and twisted ropes which symbolize the life and continuity. 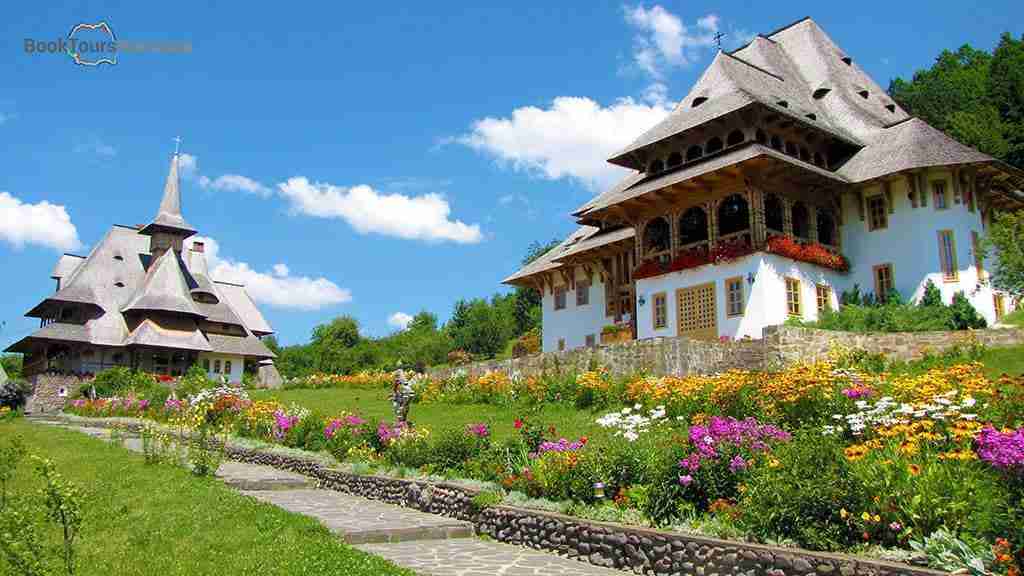 In this region were erected also a large number of wooden churches. What is sometimes referred to as the Gothic style of Maramureș, the high roofs, and tall, narrow, pointed steeples, they are all made out of oak. Out of the almost one hundred wooden churches, eight are listed as UNESCO sites in the villages: Bârsana, Budeşti, Deseşti, Ieud, Plopiş, Poienile Izei, Rogoz and Surdeşti.

Built in 1720 was relocated in 1806 to its current location on Jbar Hill. The legend says that Jbar Hill was initially a cemetery where the plagued victims were buried in a hurry without religious ceremony. The strong tradition of the local people determined the construction of the little church, where ceremonies and prays could be given for those killed by plague. The church was erected in 1721 with the help of the Greek-Catholic community and master craftsman Ion Macarei, using oak from the local woodland and is the highest wooden church from that period. It was one of the most imposing synonym among the wood edifices of that period. It presents a rectangular plan with a high of 54 m and 4 towers. The mural painting which can be seen today were realized in the late 18th century. 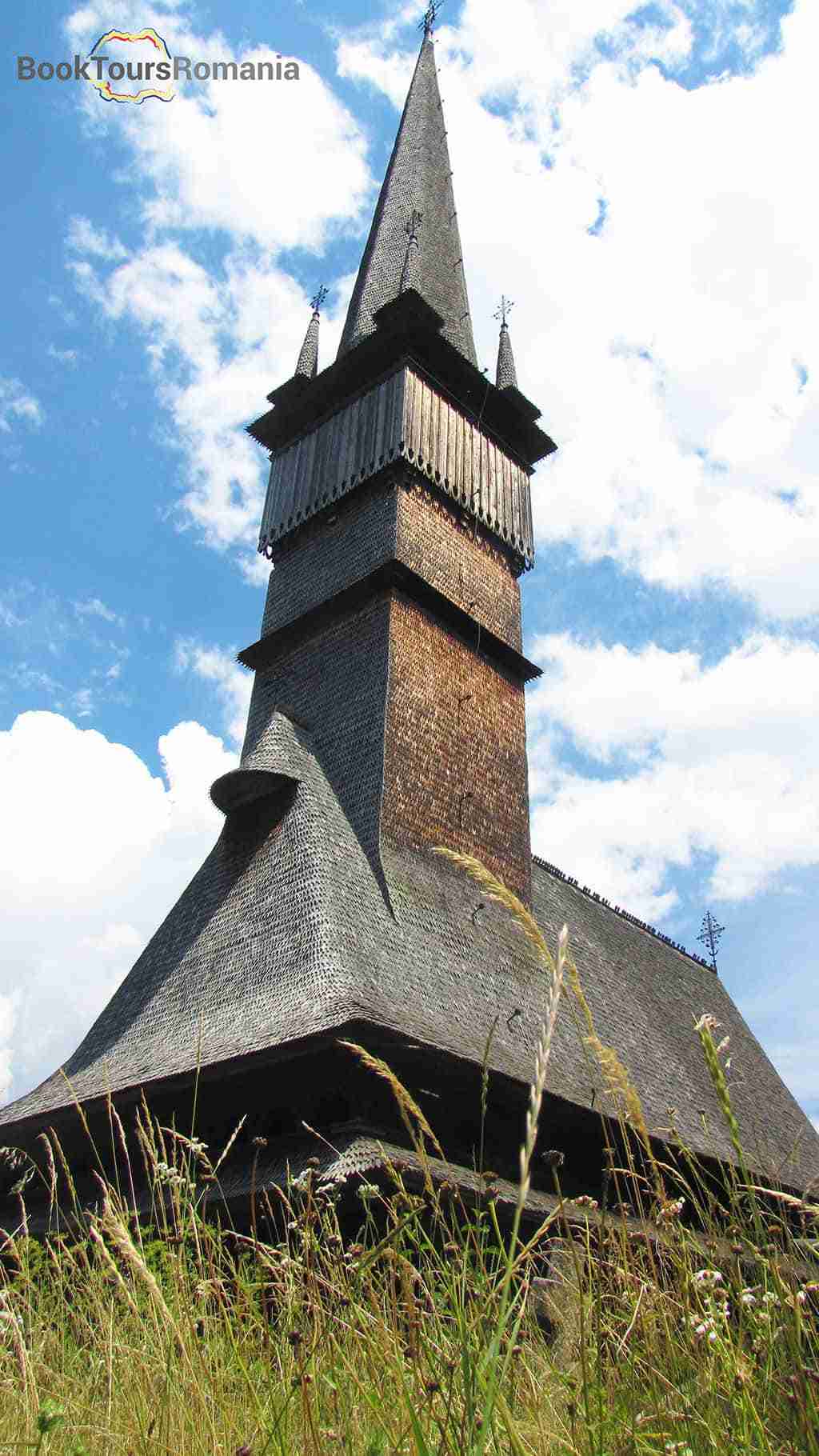 The church named “Pious Paraschiva” was erected in 1770 in Desești village on the Mara Valley. Legend has it that in 1717 the church was set on fire during a Tatar invasion. The new church was placed on a site where finally the altar stone, after several attempts in other locations remained upright. In the cemetery of the church many Celtic crosses can be find, inscribed in a circle or semicircle and bordered with saw teeth.

The period of the construction of the Upper church of Ieud town is uncertain. It was discovered in its attic what is generally considered the oldest example of a document written in Romanian, dating back to 1391. The Church is made of fir tree wood and the painting in the nave depict the Last Judgment. 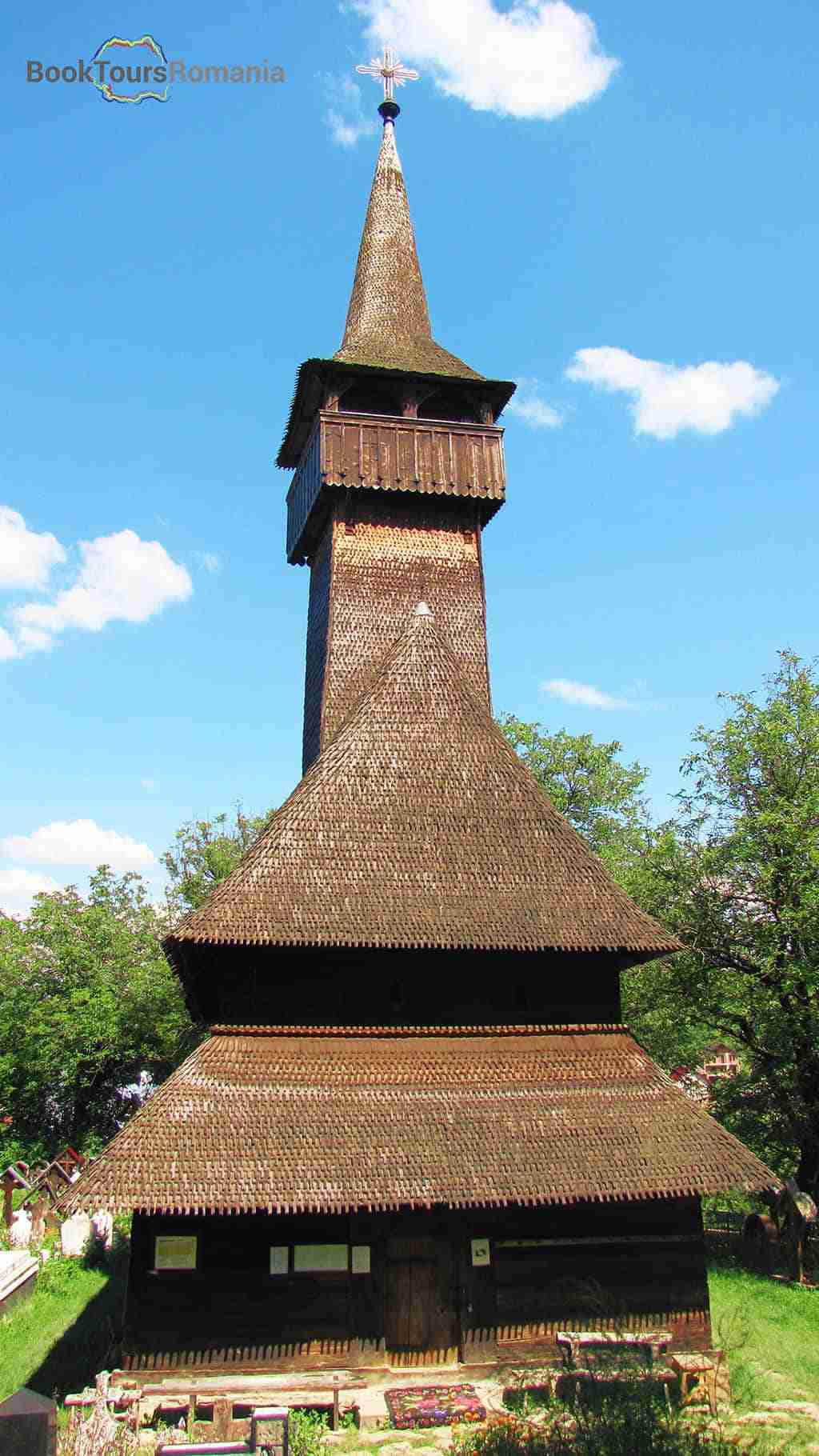 The “Pious Paraschiva”church from Poienile Izei is one of the best preserved monuments throughout entire Maramureș region. It was built in 1604 and its interior is covered with spectacular frescoes, some depicting scenes of the Last Judgment.

The construction of the church from Rogoz dates back to 1633 and according to tradition it was built out of two very large twin trees from The Priest’s Hill. The church survived the Tatar invasion from 1717, and is unique character is rendered by the southern entrance, asymmetrical roof and horse-head cantilever joints. On the northern side of the church there is an ‘Elder’s’ table covered by the eaves of the roof and has symbols corresponding to the families entitled to sit at it. During holidays, these families used to offer meals to the poor in memory of the dead.