Have you heard about the Rasnov Fortress? Below you will find a brief description of this tourist attraction in order to understand why you should visit it.

Rasnov fortress is located on a rocky hilltop in the Carpathian Mountains. It is 650 ft. above the town of Rasnov in the vicinity of Brașov city. The sight from the top of the fortress over the plains and mountains is splendid.

First mentioned in an official document in 1331, the fortress was built by Teutonic Knights as protection against invading Tartars, but after the crusaders have left, the wooden fortress was later rebuilt and enlarged by the local Saxon people as part of a defense system for the Transylvanian villages.

Moreover, Rasnov is considered one of the best preserved peasant fortress in Transylvania, built by the inhabitants of Rasnov with the help of people from other villages, in order to defend them against the frequent attacks of the Turks and Tatars. The fortress had more than 30 houses, a school, a chapel and other buildings. 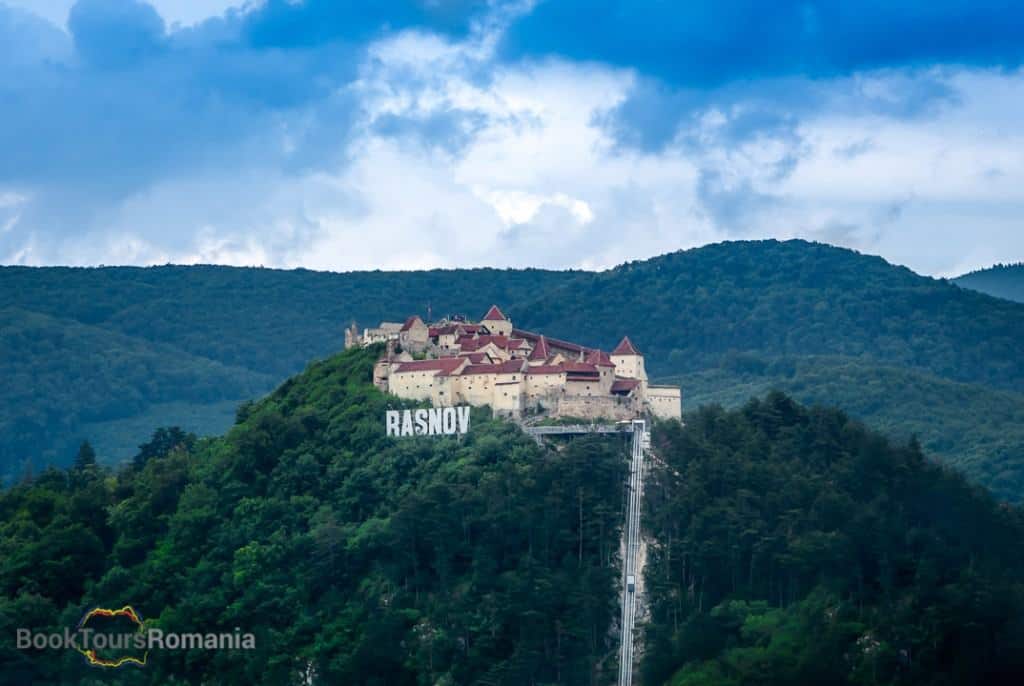 The defensive system had nine towers, two bastions and a drawbridge. The inhabitants were forced to surrender only once, in 1612 when invaders were able to find a secret route by means of which the fortress was supplied with water. After this event, the need for a well inside the fortress became mandatory.

As local legends tell,  two Turkish prisoners were forced to dig through solid rock right in the center of the fortress to build this well. In exchange for this task, once the well was finished they were promised freedom.

The fortress was last used by the Romanian refugees and revolutionaries as a place of sanctuary during the revolutions of 1821 and 1848 and later on was abandoned. Fortunately, the old fortress has been restored recently to its former glory and today it is open to visitors.

This been said so far, has these facts aroused you curiosity? Do you want to know more stories and legends about this attraction? Your guide will tell you the main interesting stories and facts about it.