Have you heard about the Curtea de Arges Monastery? Below you will find a brief description of this tourist attraction in order to understand why you should visit it.

Curtea de Argeș is situated 150 km from Bucharest on the right bank of the Argeș River. Also, the city was the second capital of Wallachia.

The architecture of the Monastery

Here in this city, the most impressive is the Episcopal Church, the creation of an inspired architect. It has a boxy structure enlivened by whorls, rosettes and fancy trimmings. Each festooned is rising into two twisted, octagonal belfries with little spheres and the three armed cross of Orthodoxy. The church has 18 meters length, 10 meters wide and 25 meters high. 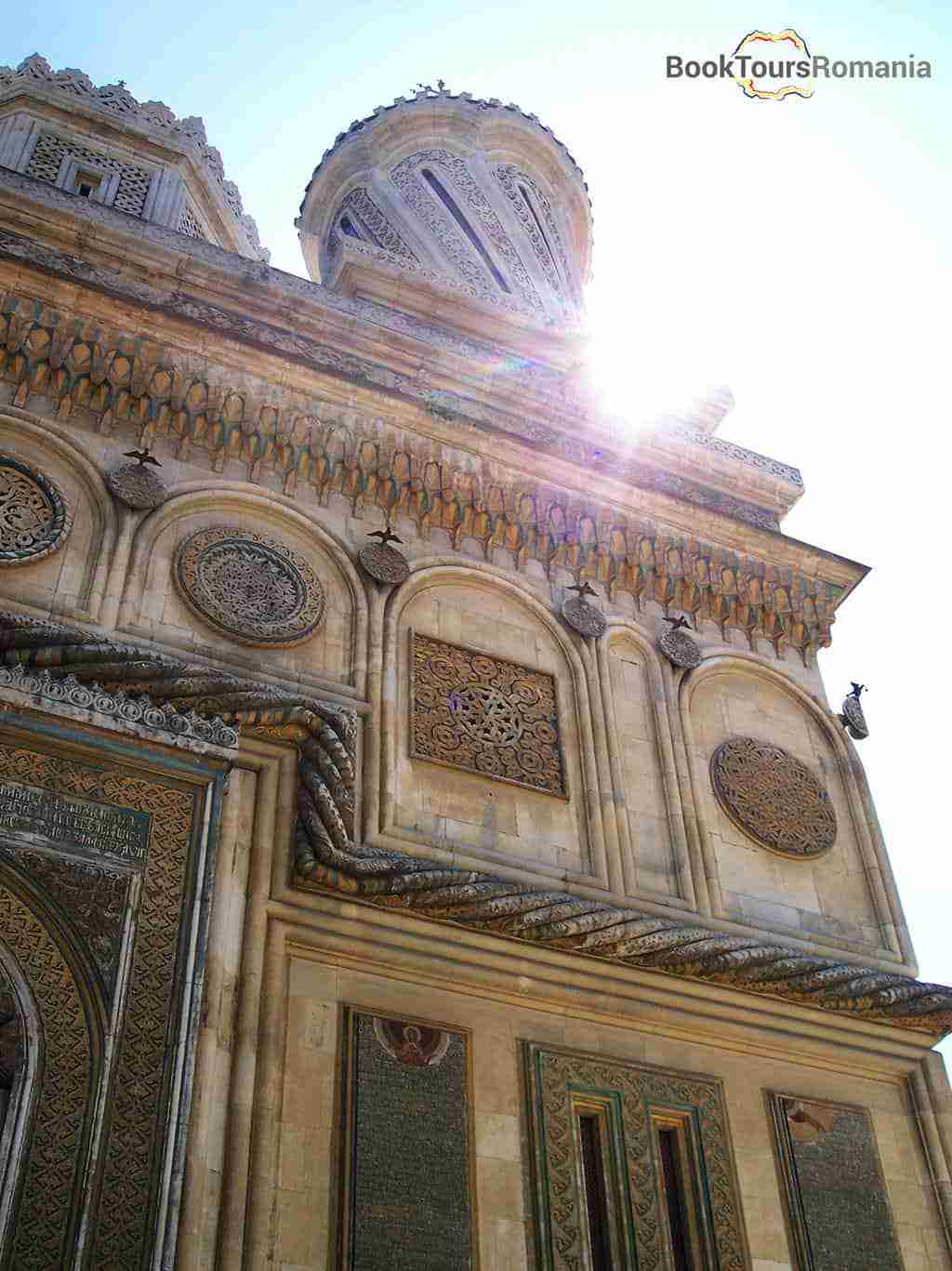 Front facade of the monastery

The current Episcopal Church is not the original creation of 1512-1517 AD but a recreation which took place between 1875 -1885 AD by Lecomte de Nouy, who grafted on all the Venetian mosaics and Parisian woodwork and also the Romanian architect Nicolae Gabrielescu, but somehow the work stopped. Inside the garish red, green and gold interior lies the tombs of the kings Charles I and Ferdinand together with their queens Elisabeth and Maria.

Here are the relics of some saints and also the Gospel written in gold by Queen Elizabeth. In addition, the church is a part of a famous Romanian legend, called “The legend of master Manole”. 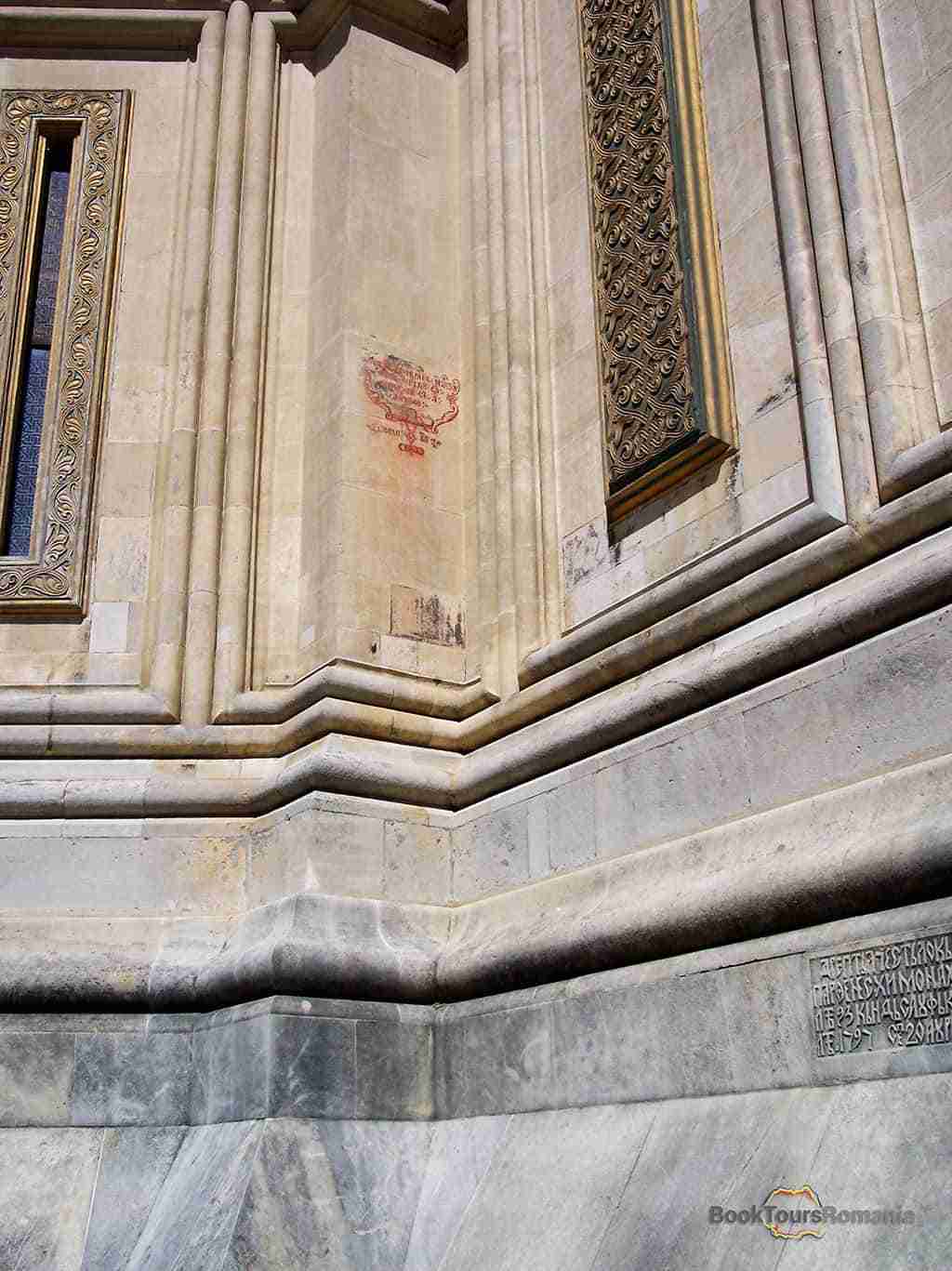 Place connected to the legend of Manole

The legend says that master Manole was trapped on the rooftop of the church. Prince Neagoe Basarab wanted to make certain that the builder couldn’t reproduce his masterwork for anyone else. Manole tried to escape but unfortunately he fell and died and in that place a spring has gushed forth also known as the Manole’s Well.
Also this legend says that Manole had to immure his wife within the walls of the monastery. People were believing that ghosts are necessary to keep buildings from collapse.

Has these facts aroused you curiosity? Do you want to know more stories and legends about this attraction? Your private tour guide will tell you the main interesting stories and facts about it.
Go to the top