Have you heard about the Corvin Castle? Below you will find a brief description of this tourist attraction in order to understand why you should visit it.

Between 1440 and 1456 AD, the ruler Iancu of Hunedoara extended and decorated the castle which his father Voicu had received from Sigismund of Luxembourg. At the base of the castle flows the Zlasti River.
It is said that the name of the castle comes from the descendants of Iancu of Hunedoara, that were named Corvinus (in Latin corvus, meaning raven). In one of the castle’s wings there is a pretty vague painting related to the legend of the raven holding a golden ring in its beak.

The Huniady or Corvin Castle

Initially, the castle was built mainly in Gothic style, but considering the fact that many of the families who owned the castle added changes according to their distinctive desires and because of the multiple fires, the castle took an eclectic appearance throughout the ages. So that is why here you can find a unique combination of styles like Gothic, renaissance and baroque.

Corvin castle is an eye-catching building with tall and strong defense towers. Also it features a drawbridge, high and colored roofs, balconies adorned with carved stone and an interior yard. The current aspect is due to the restoration works of the 19th and the 20th centuries. 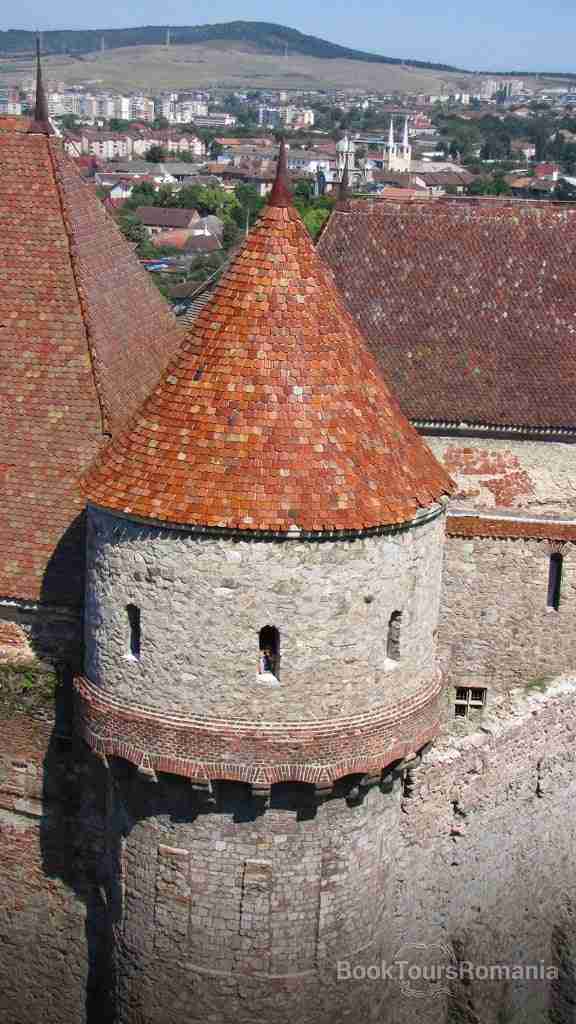 The most significant parts of the Corvin Castle are:

• The Knight’s Hall, which is a great reception hall, built in late Gothic style, used as dining room for feasts.
• The Council Hall, built in the late Gothic style, having medallions painted on walls and used especially for ceremonies. What is very interesting about this hall is that some historians say that Vlad Tepes was supposed to be judged in this room.
• The circular stairway.
• The Capistrano Tower, named after a famous monk from the castle.
• A 30 meters deep fountain, located in the castle’s yard. This is not a regular fountain according to the legend, the fountain was dug by some Turkish prisoners on their attempt to freedom, because they were promised liberty if they reach water. Of course, after 15 years of hard work when they reached water this promise was broken, so they didn’t received their freedom. 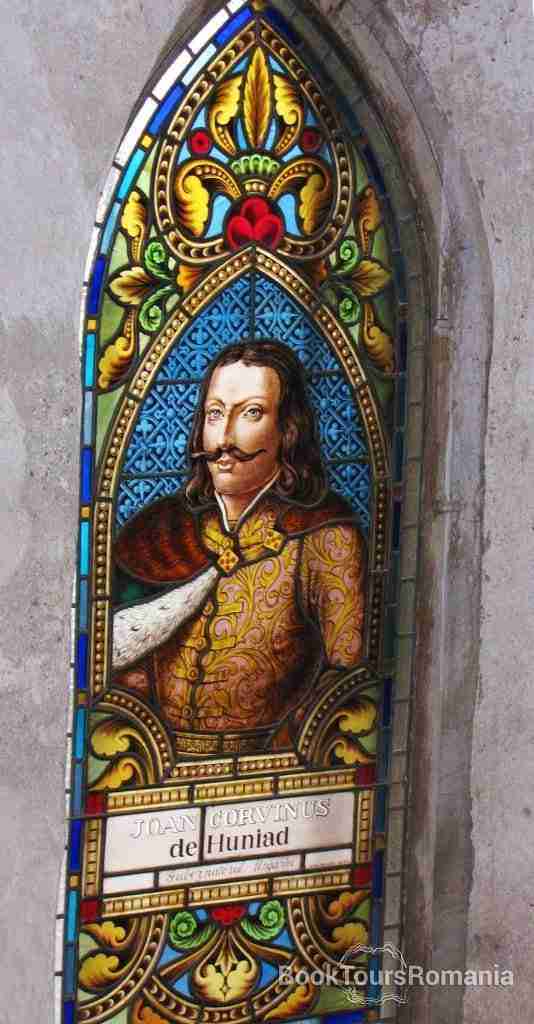 Stained glass of Iancu of Hunedoara in the chapel

Another interesting fact about this castle is that there are some legends that involve Vlad the Impaler. According to one of them, Vlad was imprisoned here for seven years, by John Hunyadi, the Hungary’s military leader.

Also it is worth mentioning that in February 2007, Corvin Castle hosted the British paranormal television program Most Haunted Live! 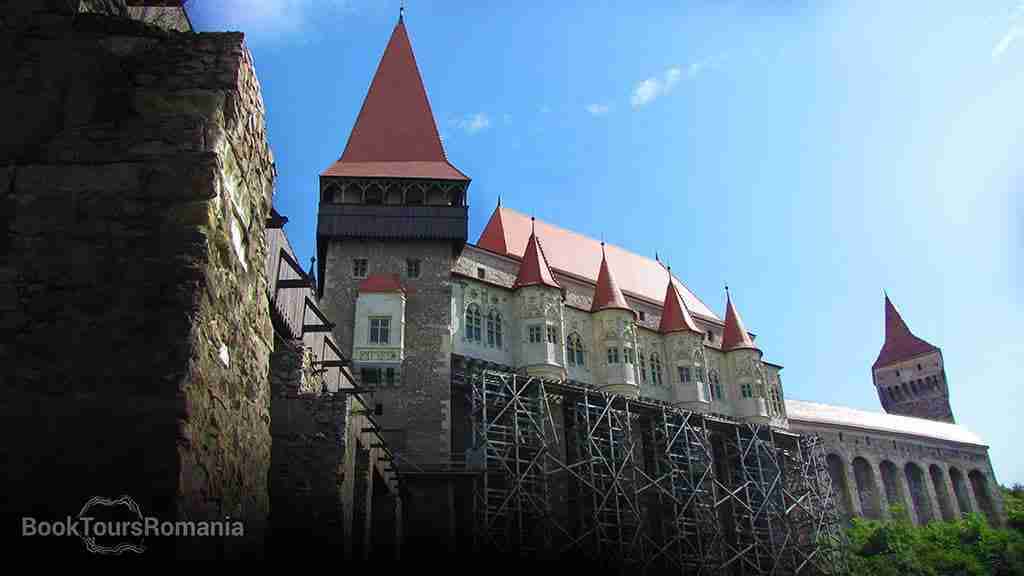 Is Corvin Castle an haunted castle?

So, are you curious? Do you want to know more stories and legends about this attraction? Your private guide will tell you the main interesting stories and facts about it.