Romania has one of the most beautiful and well preserved medieval towns in Europe. With narrow streets paved with cobblestone, colorful houses, gothic churches, and roofs with windows that resemble eyes guarding your strolls, these Romanian medieval towns are not to be missed when planning your next trip.

The old town of Sibiu

Without further ado, here are top four Romanian medieval towns that should be on your travel bucket list:

1. Sibiu – one of the best Romanian medieval towns

Hermannstadt by its German name, Sibiu was founded by the Saxons in the 12th century and it’s an architectural gem. It’s no wonder that in 2007 it became the  European Capital of Culture and the first city in Romania to organize a Romanian Christmas Market.

The old city of Sibiu is beautifully preserved and centers around three main squares that house most of the important landmarks of the city. The Great Square, which was the heart of the city, having an important commercial role and also being the place where executions were held, was named by UNESCO an architectural monument.

The Square houses many important buildings like the Council Tower, the Roman-Catholic Church, Brukenthal Palace etc.

In the Little Square, one can still admire the buildings that were used by various craftsmen organized in guilds. Lastly, Huet Square is built on  the first fortified precinct of Sibiu and is guarded by an imposing Evangelic Cathedral.

Sibiu’s medieval background is still visible in the remaining portions of the medieval fortifications and four towers that are still standing out of a total of 39 that used to exist. To explore and really feel Sibiu you need at least a day to fully taste all of its charms.

2. Sighișoara – the only currently inhabited citadel in Europe View to the Clock Tower of Sighisoara

Also built by the Saxons, Sighișoara is listed in the UNESCO World Heritage and will fascinate you with its winding streets, colorful buildings, and boutiques belonging to local artisans. Going up in the Clock Tower to see the city from above is an absolute must and so is climbing the Scholars’ Stairs. Nearby, in Viscri village lies one of the most important Saxon fortified churches declared a World Heritage Site by UNESCO. 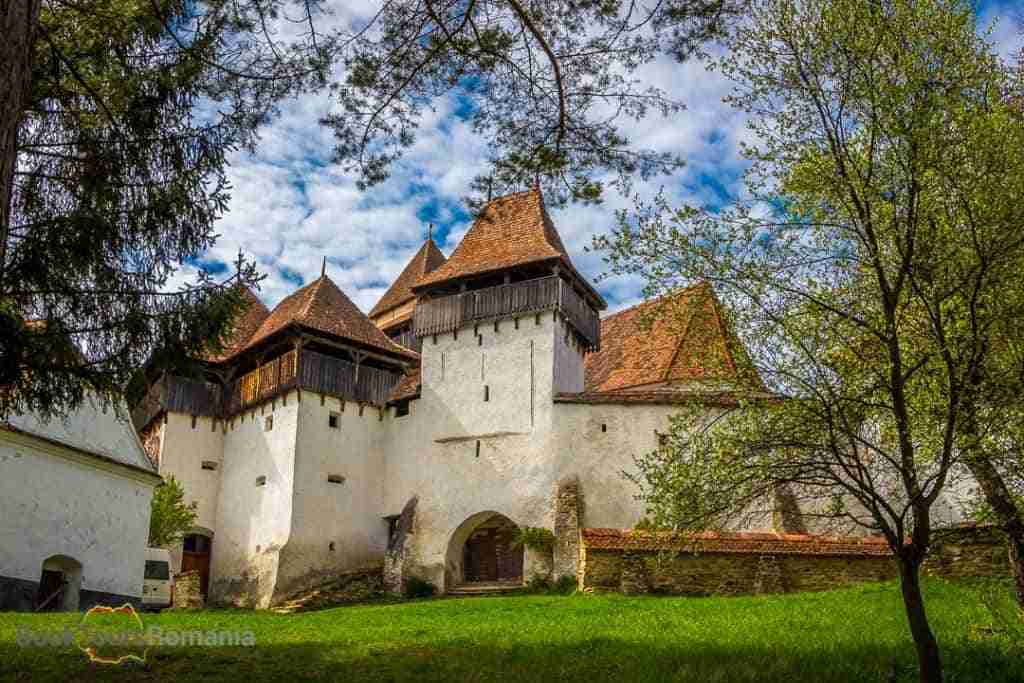 There are many things to be said about Brașov: it’s chic and charming with little boutiques and outdoor restaurants, it’s lively and full of life, it’s for the adventure-driven traveler with its mountains and multiple hiking opportunities, and is a beautiful Romanian medieval town. Actually, Brașov is the largest medieval town in Transylvania. And since I said Transylvania, should I mention that Brașov is less than an hour ride from Bran Castle, or more famously known, Dracula Castle?

Yes, there are a thousand and one reasons for a day trip to Brașov and if you plan on visiting make sure that you include a walking tour of the old city and a ride on the cable car that takes you on the nearby mountain from where you can admire the whole city from above. 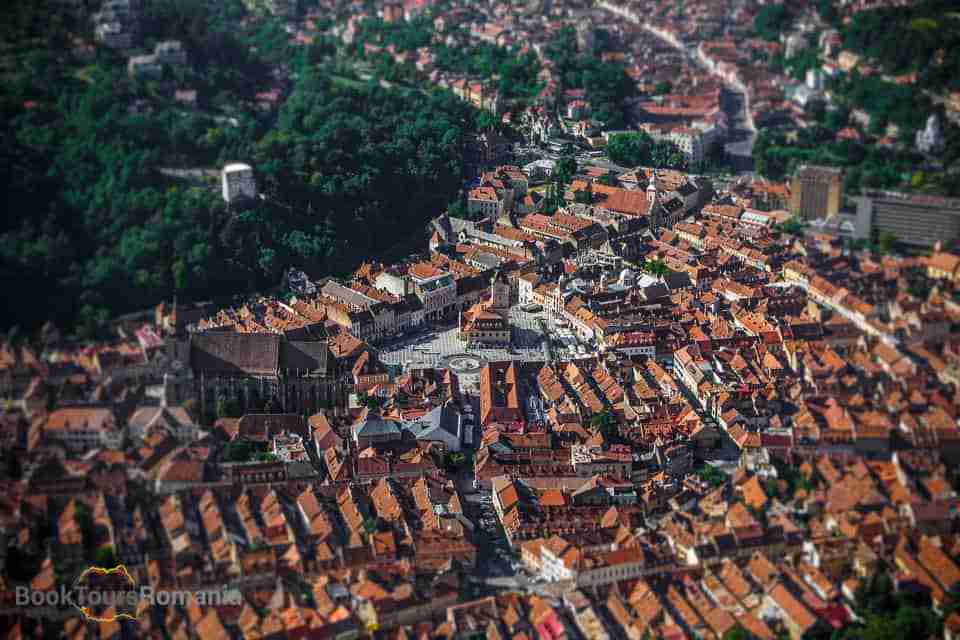 There are many more Romanian medieval towns and places that remind of that period, and each is spectacular on itțs own. To fully enjoy a trip to Romania and not miss on any of the famous landmarks you can book our 3 day Transylvania tour in which we go off the beaten paths and visit remote villages of Romania and two of the most famous medieval towns of Transylvania.

Or you can try and Extended Dracula tour and get to explore five cities, three castles and many other interesting spots in Romania. 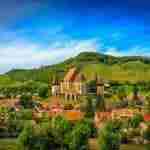